.... and All Things Bright and Beautiful at Lili's Little Fairies

Guess who is ONE already?  .... and Little Charley Bear was the theme for the birthday party yesterday.
Our dear little Zac enjoyed his first birthday party but was a little shy when it came to all the attention of the singing of "Happy Birthday" and he doesn't know how to blow out the candle just yet so was helped by a bigger friend. 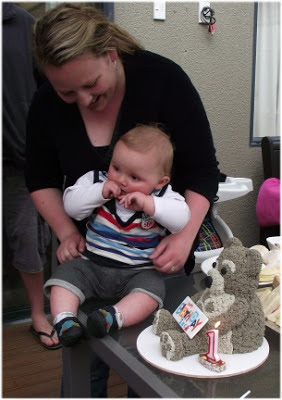 The Little Charley Bear cake made by Zarlene was amazing.  Little Charley Bear is Zac's favourite at the moment.  When that programme is on he sits glued to the screen whether it be the TV, Cellphone or Laptop.  It is such a cute wee programme of a little bear who has a toybox and uses his imagination to do anything and go on all sorts of adventures. . 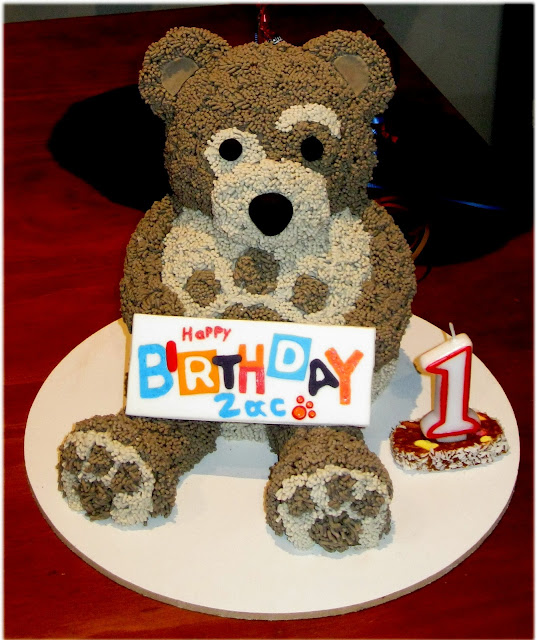 I made an A5 size card in order to use the big Tim Holtz grungeboard '1'. 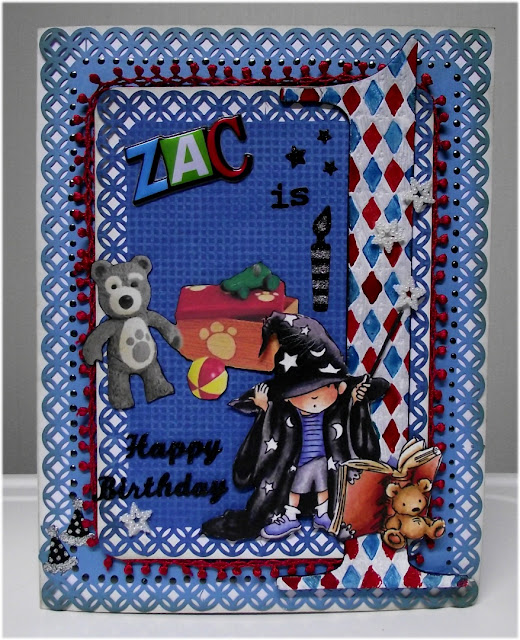 I used a Lili of the Valley image along with a Little Charley Bear one printed from the computer and cut out to depict a little boy imagining an adventure. 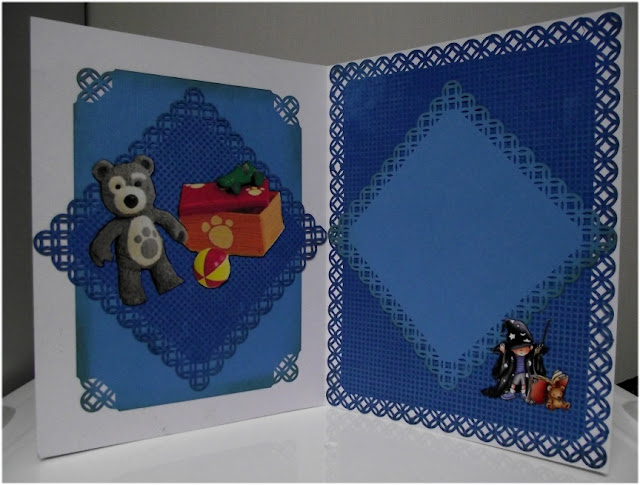 The same again on the inside with a Martha Stewart punch used for the punched borders. 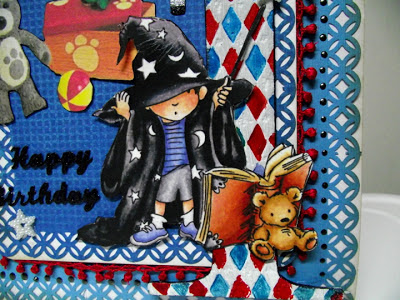 Websters Pages trim was used in the layering as was liquid pearls. 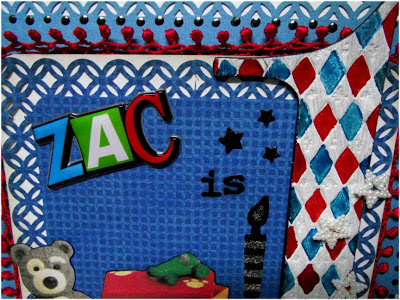 The ZAC sticker was a lucky find from somewhere - spelt just the way his is. 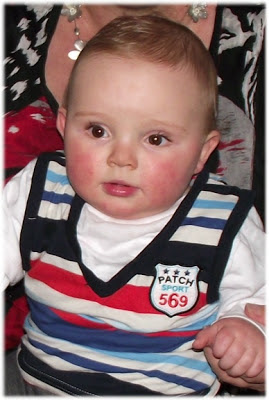 and above our handsome boy who is now ONE. ( A bit of coincidence that the vest he was wearing was a match for the card lol.)  He has had a big year with his open heart surgery in April but he has progressed amazingly and in the past two weeks has mastered crawling so is off.  It is only three weeks since I saw him last and he has grown up soooo much.  Below he is enjoying a Christmas present from last Christmas which was blown up for the first time to entertain the kids at his birthday.  They love the little balls and his other highlight was the bubble blowing toy operated by his Grandad from Australia - that really got him squealing. 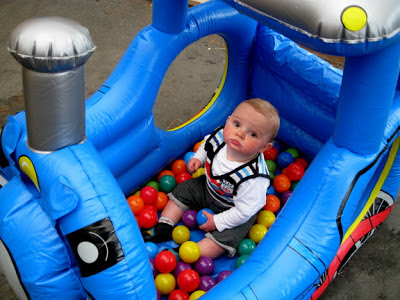 It was a big weekend heading to Dunedin on Friday after work then DH and DD#3 headed to Auckland on Saturday to the Coldplay Concert - they thoroughly enjoyed it and returned in time for the Birthday Celebration on Sunday.  The weekend wasn't long enough again and the trip home in the driving rain was challenging (shared driving required).

Right - a clean up of the scrap room is beckoning - even though I haven't achieved much in there lately - it is a mess... so that is all for today.  Thank you for taking the time to stop by.  I appreciate your visits but will not know you have been visiting unless you leave a comment.

I have entered this card in the Lili's Little Fairies Challenge so anyone visiting from that site - Welcome. 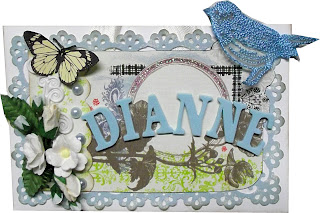 wow ONE already where on earth did that year go? Cake is fantastic Zarlene is very talented wish I had half her talent. Your card is fantastic Diane and your wee man is growing fast!
Must catch up soon feels like forever!

wow can't believe that your little grandson is one already! He certainly has had a busy year - he looks just gorgeous though- i love the photo of him amongst the balls in the train!

Awwwww Zac looks so cute, I'm glad he had a wonderful birthday, it sounds like he has had quite a tough first year so I'm pleased to hear he is doing so well now. That cake look amazing.
I love the card you made for him. The colours and detailing are brilliant.

Happy birthday!! It is amazing how fast the months go by. I find it hard to believe my son is 2 ad a half... what a beautiful cake, so gorgeous. And I so love, love, love your gorgeous card. Thanks for calling over to visit my blog... x

What an amazing cake! Love the card to! Awesome!