A Special Delivery on a Special Day

11.11.11 will hold an extra special significance for our family now.  Our beautiful little first grandchild Zac Braxton Keane was born that day - a month earlier than expected.  It was an anxious day as his mum was unwell with a rare pregnancy condition which resulted in an urgent caesarean delivery.  Fortunately the delivery went without further complications and little Zac, weighing 4lb 10oz (2.13kg), arrived on the significant day which only occurs once every 100 years.  Interestingly 11 has always been DH's lucky number lol.   Mother and baby (still in NICU)  are doing well and will hopefully be home before too much longer.

The physical distance between us is hard at times like this.  We were there for the arrival and last weekend plus returned for the day on Wednesday and now have to wait another 5 sleeps to see them again.   So today I thought the best way of dealing with that was to scrap a page.  This is my favourite photo so far and was taken by DD#1 on Thursday night.  He looked like this when we saw him last on Wednesday night but after carting my camera to the hospital twice that day in anticipation of a shot I forgot to take it the third time.

The Websters Pages Papers have been in my stash awaiting this opportunity for several months.  The papers are Lullaby Lane "Out for a Stroll" and Vellum overlay. As I couldn't decide which paper to use  I used a craft knife to cut the frame from the under layer and then a slice of the vellum so it could be slipped to the top layer.  The pram is now under the overlay but the horse on the overlay looks quite cute. 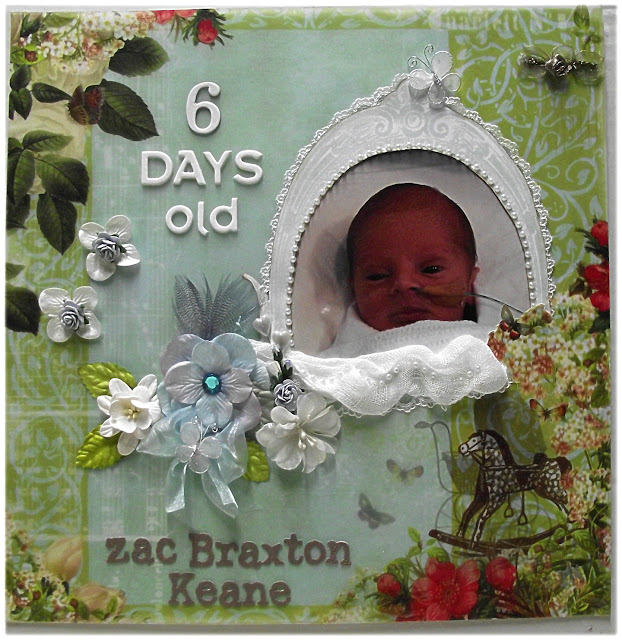 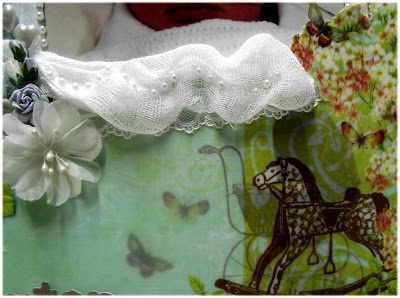 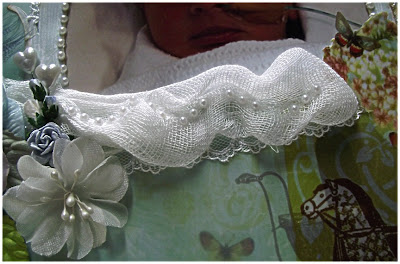 Finally I used some gauze on a layout (don't know how many times I have got it out, had a play and put it away again).  The flower to the left of the above photo is a fabric flower that was on a floral arrangement I received when I had my firstborn (yes I am a hoarder) so it is good to use it at last and especially on the firstborn grandchild's layout. 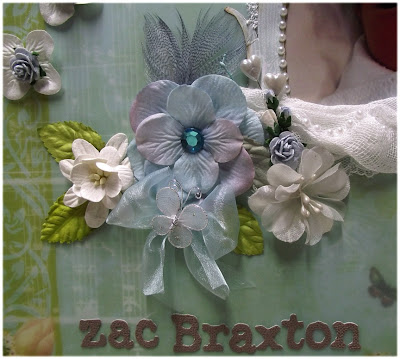 The organza ribbon bow was of a gift received for Zac. 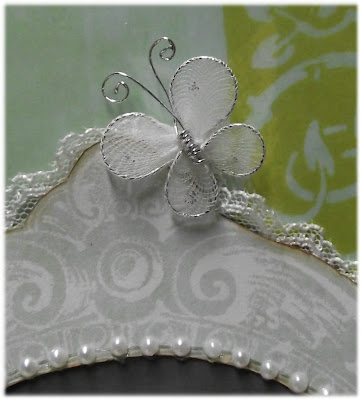 The weekend has gone far too fast - now that I have started to scrap again I just want to keep going....  I printed a few more baby photos off today so looking forward to scrapping them (meeting Mum and Dad, first bath, first cuddle with Granny to name a few)  however a birthday card for this week will have to come first.

I will leave you with a peek of a proud and special moment. 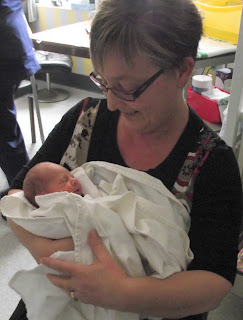 Not sure what I will be called yet but not 'Nana'.  Probably Gran or Granny - we'll see what the wee man comes up with at a later date lol.   I named one of my grandmother's 'MumMum' - I was the eldest grandchild and her youngest was only four years older than me and with everyone else calling her Mum apparently I just added another one.

Thanks so much for stopping by.
Until next time......
Dianne
Posted by Dianne H at 6:41 PM

Wow Dianne that is gorgeous. I luv how have used the flower from your firstborn, makes it all the more special, wish I had saved things like that!
Cheers
Joanne

Congrats you make a very young looking gran! Layout is stunning and how fitting about the flower. Hope all is well and he will be out of NICU real soon!

Congratulations Dianne, on the arrival of this gorgeous wee man. Hopefully it won't be long before Mum and him get home.

Congrats on your wee grandson

Congrats!! I am so far behind with all of your news! And you are such a clever lady!