Has it really been that long?

'A' said to me last week that the last time I updated my blog was 20 August ... Has it really been that long?  ...Yes it has.  It is not that I haven't been doing anything or creating anything but there just aren't enough hours in the days.

I have just returned home from a third weekend in a row away.  Two weeks ago I attended the Embellish It Crop at Raincliff.  Another great weekend with lots of challenges, good company, food and fun.  Last weekend was in Dunedin to see my girls and my Dad who had an op but is fine now... and it was Father's Day.  This weekend Jo and I headed off to Glentui (near Oxford in North Canterbury) for the Scrapping Patch Spring Retreat which featured Australian Scrap Designer Steph Devlin who tutored two classes - we thoroughly enjoyed Steph's classes and it was a nice venue where we were well catered for by the owners.  Thanks Adrienne for organising the great weekend.    Steph is a wonderful friendly tutor who designed some amazing projects for us.  It was also nice to meet Anne, and Michelle in person after having made contact through Inspire and Scrapbook. com forums, and Francine who's name appears on the Prima BAP list and also catch up with the girls from down south - Dunedin and Balclutha.    Apart from the sandflies who decided to hide in the car as we packed it to come home it was an event well worth attending.

So while I achieved four layouts and two cards at Raincliff and one OTP class, two Steph Devlin layouts and a further layout and card this weekend today I will just share the two cards from Raincliff.

First up is Fathers Day (not a great photo though).  It was a Bo Bunny Weekend as they seemed to suit every project I tackled at Raincliff. 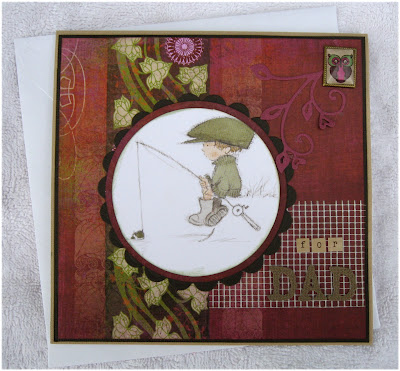 Next up is a birthday card for a friend.  Once again with the lovely Bo Bunny pp. 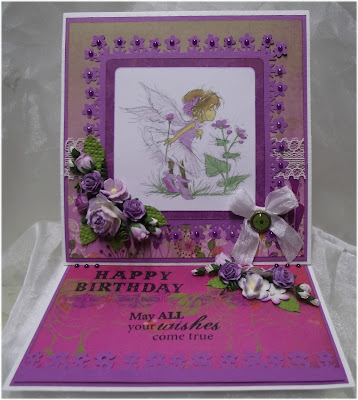 I made an easel card and used a cute Martha Stewart flower punch. 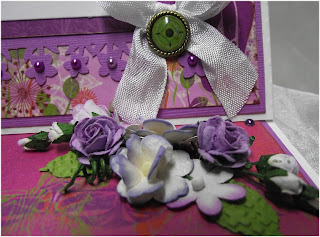 Flowers from Wild Orchids and the little green leaves were left over from a 'Stamping Up' Card class.  They are made from leaves punched from cardstock and then put through an embossing folder. 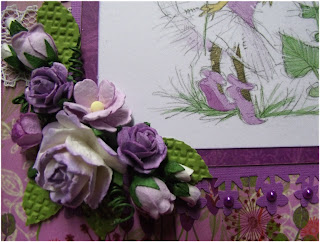 The flower centres were finished with little pearls but after I had done this I saw someone else's project where they had used liquid pearls and they looked equally as nice. 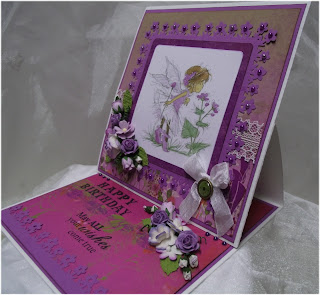 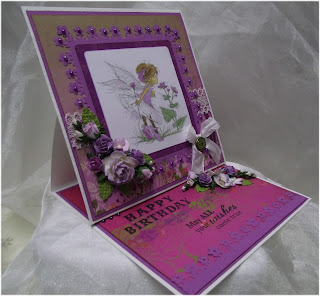 Well that is all for today.  One  very weary camper needs to go to bed.

Spring is here - have a great week.

awesome cards Diane. Glad you had a great weekend :-)

very pleased to see you back