Let's Get Shabby Challenge #25 co-insides with their 2nd Birthday.  The challenge was to be inspired by this pic. 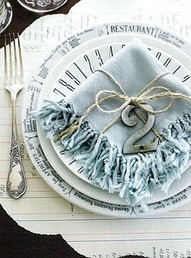 We needed to use the NUMBER 2 on the project and use TWO THINGS from a list of Lace, Chipboard, Ribbon, Material/Fabric and Book/Music page.  We were allowed to use other items on your project as long as you use ONLY TWO FROM THE LIST.
My inspiration  came from the subjects of the pic depicting  domesticity so I decided to complete a layout I had partly started two years ago.  At the time it was to acknowledge our 30 years of Marriage. 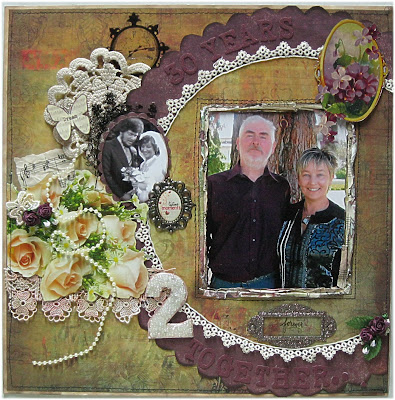 From the list I used music page paper and lace. The shabby edges around the photo are from music paper and layered up with the photo being sewn on from underneath. 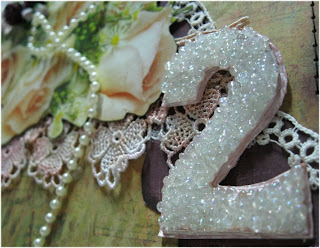 I made the '2' by cutting a 2 from cardstock and using dimensional magic covered it it clear beads - let it dry and then finished the slightly overlapping cardstock with liquid pearls. 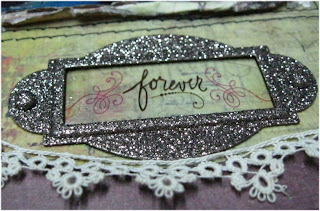 I used some tatted lace given to me by my great auntie and most likely tatted by my Great Grandmother.  I hand stitched the lace on as I didn't want to put sticky tape or glue on it. 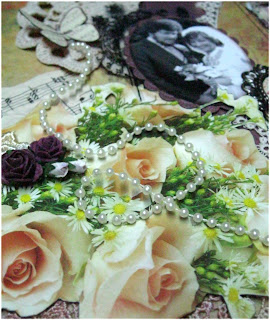 I am a bit of a hoarder and I think I have kept almost every card that has been given to me and am often looking at them to see how they could be included in projects.  This was cut from the card my parents gave us on the occasion of our 30th Wedding Anniversary.  It is always a special time of year as their anniversary is the day before ours (they are coming up 55 years).  I added the pearls as 30 years is a Pearl anniversary and have them trailing from a little music note butterfly with the word 'dream' on it. 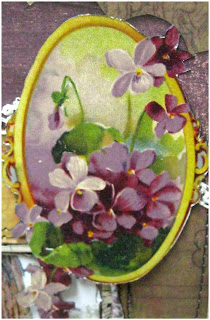 This little image is cut from a 1909 post card.

I am pleased with the layout and also pleased that I have it finished at long last.

Have a great week everyone.  Thanks for stopping by.

Once again Dianne. Beautiful.
and I hope you are enjoying the holidays today being day one

so beautiful work!! amazing! thank you for joining us at LGS!

Looks gorgeous thanks for playing along with us at shabby.

Looks awesome Diane - you are humming!

This is so gorgeous!!! I would like to create a page like this layout in the future. Thank you for playing with us at Shabby!!!

what a beautiful LO. I love all the little hand made details you have included. Thanks for playing at Lets Get Shabby.

A beautiful LO such lovely colours !!!

amazing layout ! Love all the details !

This is wonderful! I love how you incorporated the card from your parents! So special :)