I should be doing my housework as my reward for doing it is some scrapping time however it is such a hot day some down time and the computer beckoned. This morning my daughter and I went to Strawberry Fair in Waimate - they certainly had a great day for it and there were thousands of people. I am sure the Strawberry and Icecream stalls would have done well but we resisted the icecream and just bought the strawberries - beautiful plump tasty Waimate strawberries (nothing like what we buy in the super markets). 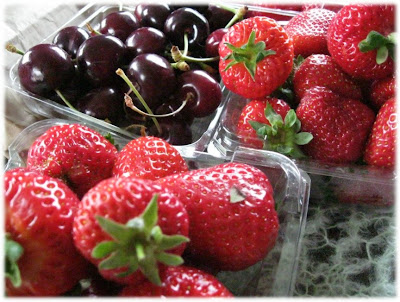 Speaking of creative diversions, three weeks ago I was building a cake instead of a page. After a disastrous cake baking session (I am in desperate need of a new oven, which means a new kitchen as the wall ovens have changed in the last 25 years so that is on the promise list for early 2011) it was Mr Coupland to the rescue where I purchased a couple of uniced fruit cakes, then some fondant icing and home to begin the creation for the birthday which had an 'Out of Africa' theme, thus the elephants. The elephants were made from the fondant icing by kneading the black food colouring in to get the right colour, then rolling it out to cut the elephants using a child's dough shape cutter and then decorating them. I found the cake idea here. This is my take on it. 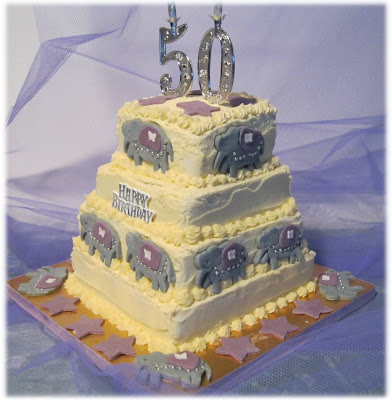 Back to Scrap-booking, this is a page created a while ago with the lovely BoBunny papers and a Martha Stewart 'around the page' punch together with Prima flowers & crystals and Tim Holtz film strip. 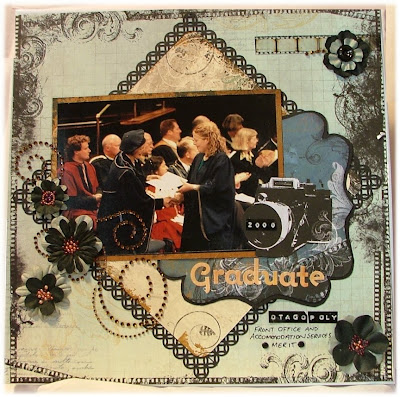 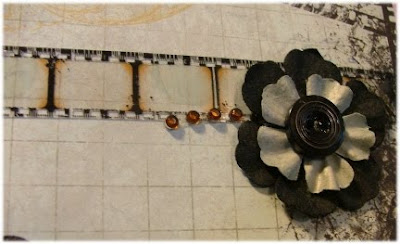 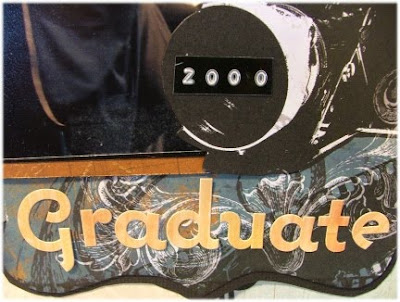 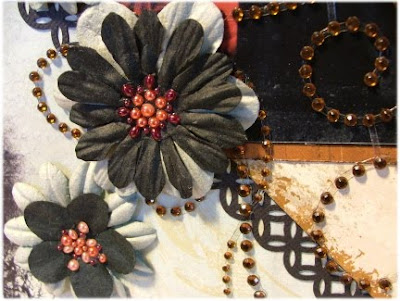 Okay, I have stalled long enough - off to do some chores.
Thanks for visiting. Have a great weekend.
Dianne
Posted by Dianne H at 3:12 PM

Wow love the layout and the cake! Glad you got some down time - big holidays coming up for you are you on holiday now? I am lookin forward to christmas - if not just for the break lol.Hope we get to catch up real soon!

That cake is amazing - what a fantastic job you did. Mmmm loving all the beery and stone fruits available.

Wow you are a lady with many many amazing talents